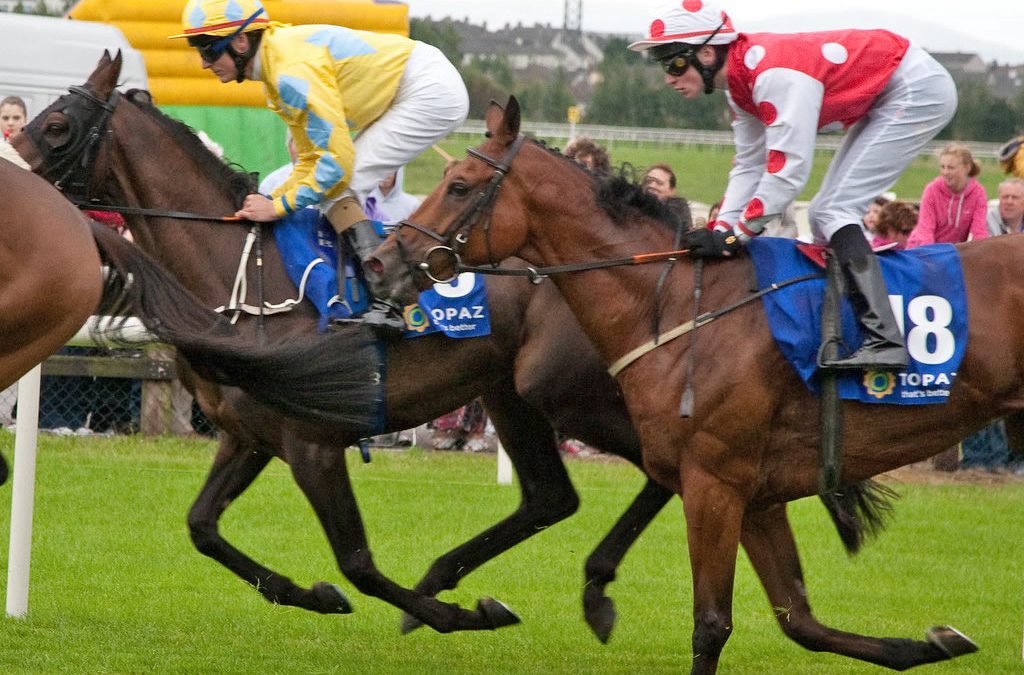 The Galway Races ( Galway Festival Of Racing ) is an Irish festival that is famous as being one of the best horse-racing events in the world. It starts on the last Monday of July each year and is held at Ballybrit race course in Galway, Ireland, over seven days, making it one of the longest race meetings in Ireland or Britain. It combines Flat Racing and National Hunt, attracting some of the best horses from Ireland and Britain.

In racing circles, The Galway Plate is famous as one of the best and most exciting steeplechases in the world. It has been run for over 150 years and has been won by many famous horses. The first winner was a horse called Absentee in 1869. It is now run on a Wednesday and is by far the most popular race of the meeting.
It is run over a distance of about 2 miles and 7 furlongs.
Some recent winners of this race include Clarcam, Balko Des Flos, Road To Riches, Carlingford Lough,  Ansar and Moscow Express.

This race is run over 2 miles for huge prizemoney (€300,000 in 2019) making it the richest hurdle race in the Irish racing calendar. It attracts many of the best hurdlers in Ireland as well as some from the UK usually.
Recent winners include Tudor City, Sharjah, Tigris River, Clondaw Warrior and Thomas Edison. 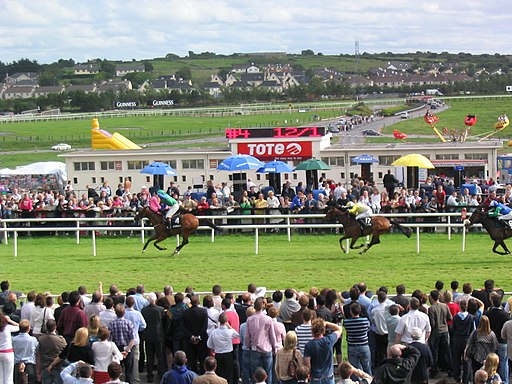 Trainer Dermot Weld was the leading trainer at The Galway Races for many years but in the past few years, Willie Mullins and Gordon Elliott have come to the fore.

For the city and the surrounding area, the racing festival has become a major source of revenue. Accommodation throughout the area is usually fully booked and shops, restaurants and pubs do a big proportion of their business in that week.

A Week of Partying

The week of the races is one of fun and frolic and a party atmosphere fills the streets of the city. Everywhere is thronged with revellers and music, song, dance and theatre creates a carnival which goes on into the early morning.

2010 was a year which saw Ireland suffering from a severe recession and banking crisis but this was not evident during the festival. Millions of euros were gambled on the races and prize money was a healthy 1.5 million. Many more millions was spent on food, drink and entertainment.

Businessmen and politicians have been availing of the race meeting to get together and do some networking. There has been no difficulty in getting businesses to sponsor races as they see it as a great opportunity to advertise their products to a worldwide audience. The seven days of racing is viewed by an audience of tens of millions since it is broadcast live on television’s racing channels.

Not to be outdone by Ascot, Galway also has its Ladies’ Day when all the beauties parade in their best finery and fashion. The men also get their spot in the lights to win the Best Dressed Man Competition.

In the bars and on the streets you will hear the eponymous ballad “The Galway Races” being sung. This was made famous by “The Dubliners” ballad group in the sixties and seventies. There are many other songs, stories, novels, plays and films set at this great festival which still inspires the imagination.