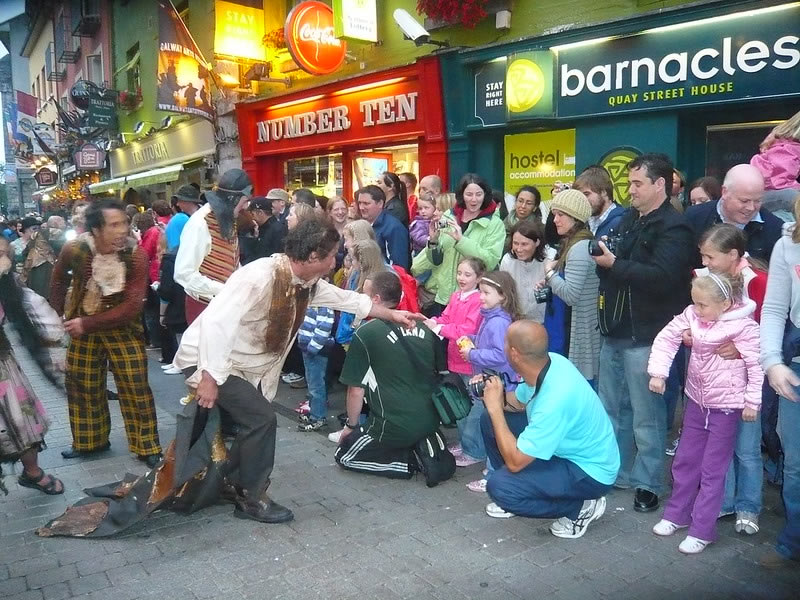 Galway International Arts Festival Dates: 13th – 26th July 2020
Every July, Galway serves up two weeks of the best in Irish and International theatre, music, literature, dance, visual arts, comedy, street spectacle and children’s events.
Galway Arts Festival is one of Ireland’s biggest and best known international arts festivals.
Since 1978 it has grown into an event with a worldwide reputation. In 2019, 263,832 visitors attended over 200 events across the 14 days of the Festival. This is not counting the thousands of others who witnessed some of the amazing street performances during the festival.

At least 25% of the festival programme is free for the public. This ensures that everyone has the opportunity to experience some of the artistic talent on show during the week.

One of the biggest contributors to the festival over the years has been Macnas, a theatre company which was established in Galway in 1986 which specialises in out shows. 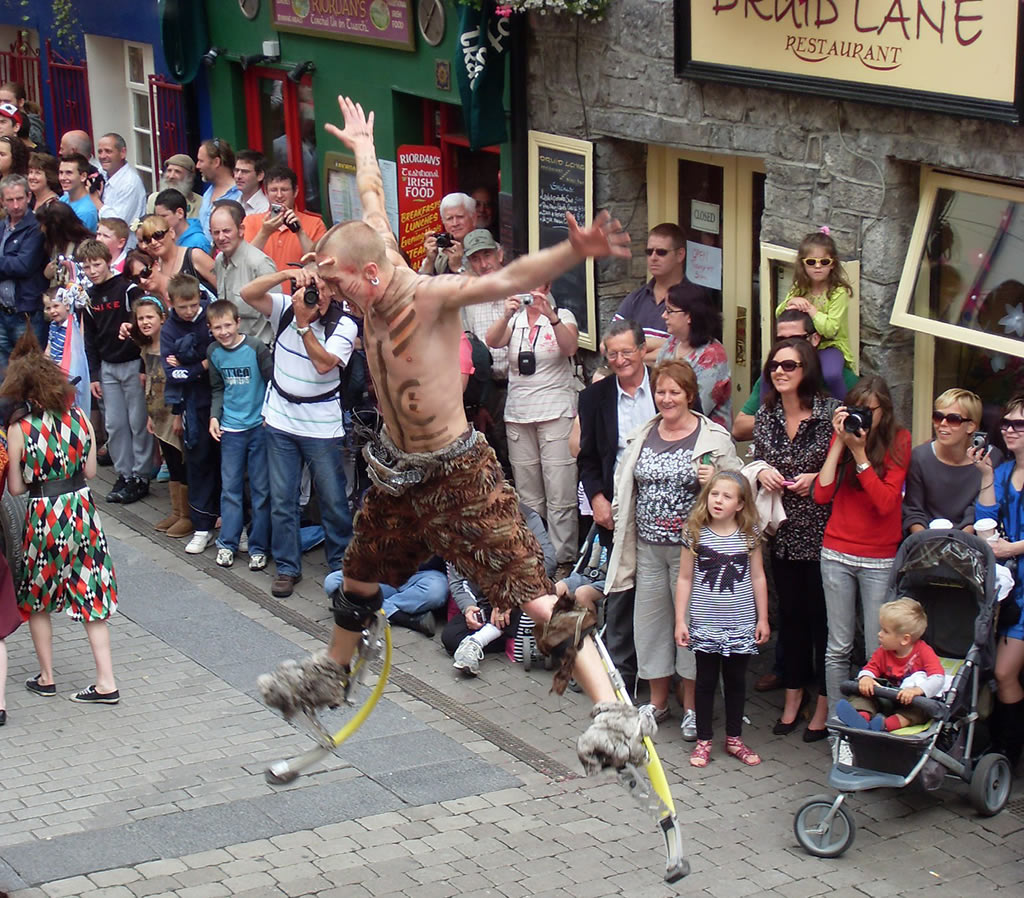 The Macnas Parade is one of the highlights of The Galway Arts Festival and it features fantastic creations, mythical creatures, and colourful characters who wend their way through the streets of Galway.

Many of the biggest events are held in The Big Top which has become an annual landmark in the city.
Some of the big names who appeared at The Big Top in recent years include Burt Bacharach. Kodaline, Sinéad O’Connor, The Coronas, Walking On Cars, The Stunning, Madness, RTÉ National Symphony Orchestra, Elvis Costello and the Imposters with The Undertones and lots more. 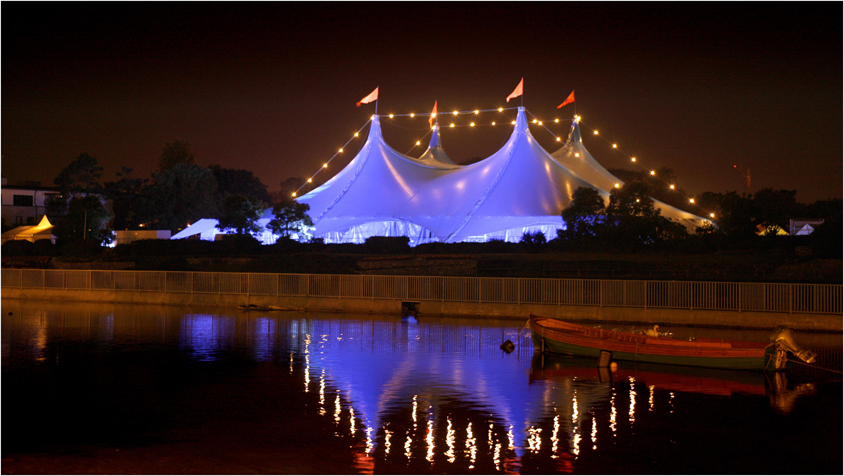 Most performances are usually sold out fast so it is advisable to book early.

Galway is well known for its theatre productions and it has lots of venues including Druid Theatre, An Taibhdhearc, Town Hall Theatre  and The Black Box Theatre.
These are active all year round but they become hubs of activity during the festival.
The Druid Theatre company is probably the best known. Founded by Garry Hynes, Mick Lally and Marie Mullen, it has  numerous national and international awards including four Tony Awards.

As well as these venues there are numerous other venues in pubs, clubs, restaurants and other places where musical, comedy, readings and dramatic performances take place.
The city is buzzing with activity throughout the whole two weeks and visitors will never be short of something to do and see.
There are lots of activities for children also at The Galway International Arts Festival.

For further information and for this year’s programme visit https://www.giaf.ie/festival/events